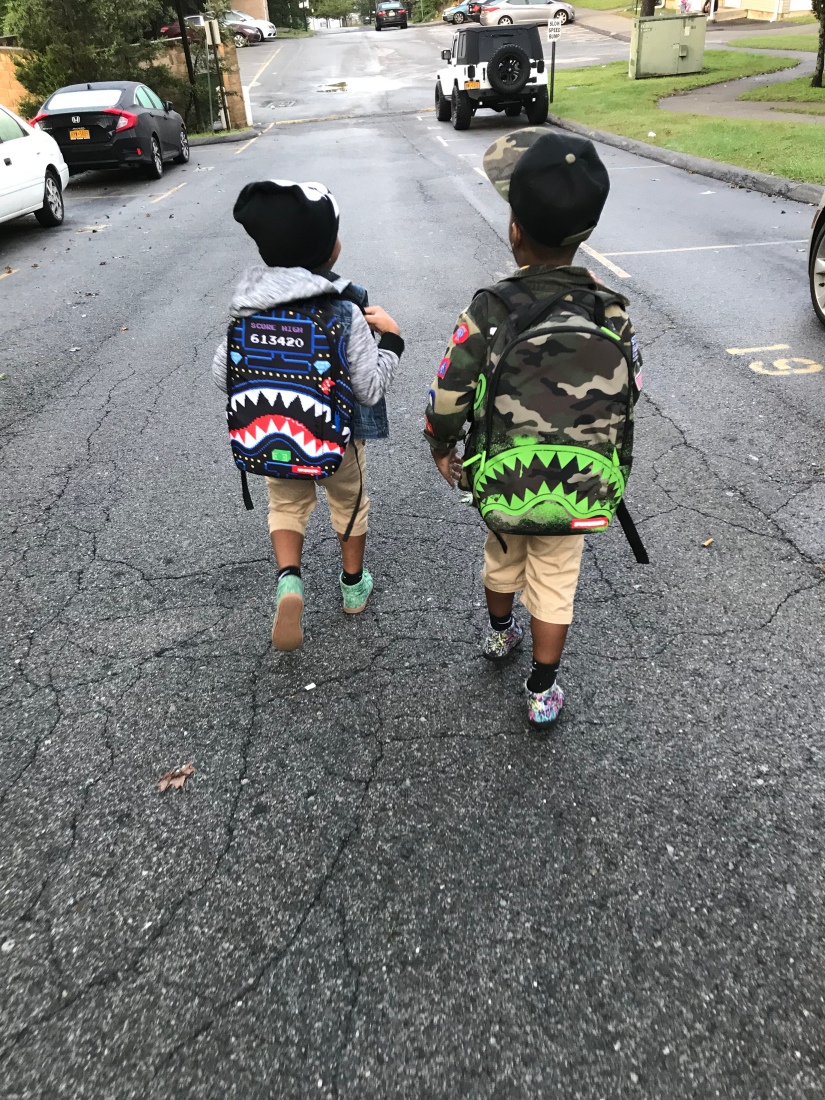 January 1st 2018 I made a declaration. Despite the odds against me “2018” would be my year of redemption. Again, I counted all my eggs before they hatched. A saying in my Jamaican culture that is basically saying, one shouldn’t jump the gun. While I truly learned a lot in the year of 2018, there is no greater joy than that of realizing my shortcomings and working on them.

As I look back at the previous years I realized I was in so much of a hurry to be an adult I forgot to live. Like most young girl who was mesmerized by the idea of womanhood, we were privy to all the details as we are now as actual woman. While I was in college I never experienced the true college years, the memories of life teaching me to overcome all the obstacles, hardships, and mishaps I’d endured. My college years were disrupted due to motherhood, the ultimate lesson of procreation, responsibilities and time proved that certain lessons couldn’t prepare me for such a task. I learned more than any college class could teach me and it is my most important job to date. Today it remains my most successful job to date and I wouldn’t change a minute of it. I learned to multi task early as I juggled class with the responsibilities of being a doting mother. A task in which I welcomed graciously given the fact I may not have lived out my full potential as the twenty-one year old girl I had envisioned earlier growing up. When you were brought up in such strict Caribbean single parent household such as myself, you have nothing but time on your hands you become a master planner. You map out ways to take control of your life, a type of control that warrantees independence. I wanted to know what it was like to be just that free from expectations of my mothers grip, free from her hierarchical control. In those moments i saw time as nothing more than morning, noon and night. Never had I equated time to Anything substantial because I felt I was living according to someone else’s time, or rather on curfew time. Becoming a mother invigorated me.

To date my biggest mistake was not going away to school. I failed myself miserably by not going away to college. I look back now and realize that it’s my “if only I did”, the only time I had the ability to fly the coop as they say. It was definitely not one of my brightest moments until this day I still beat myself up over my decision to stay home after high school and attend community college. My life then wasn’t even a mirror imagine of what I wanted and had imagined for the twenty-one year old me who wanted to be finished with school and to be traveling the world. The idea of time then was null, I was living according to everyone’s opinion of what my life ought to be. Everyone had something to say, like I was a peasant girl living in a narration type of story. The storyline however was just a girl living according to everyone else’s standards. There is a saying “if I had only knew back then what I know now” the outcome of certain aspects of my life would be different today, much different.

Flash forward to current day 2018. I am a mother foremost and a damn good one at that. I’m living according to my standards which took me a long time to get to this moment. I have learnt a lot from people who I would never imagine would be in my life, friends that has crossover the familial lines, co-workers who have attributed more knowledge and support than family members, and of course my four children who have grounded me in times of unsuspected circumstances. To say I’m well on my way to being an responsible adult is an understatement. Matter of fact at thirty-eight I’ve survived things my peers would have succumbed to. Time now proves to be more essential to me now more than ever. I know the value of time, but still trying desperately to make the most out of my allotment of it. I realize that time holds no prejudice nor does it differentiate amongst anyone or anything. I heard somewhere that a rich man and a beggar both have the same 24 hours in a day, which I don’t think is an accurate depiction of time in my efforts to validate my point. It seems juvenile to state a man of unlimited resources have the same opportunities as a man begging for change or looking for scraps, for one the beggar is making use of his twenty-four hours to the best of his ability. I won’t even begun to try and justify a rich mans twenty-four hours because i relate more to that of a beggar than a rich man in any given circumstances.

In 2018, I now truly understand that “time waits for no man”. It is the only thing in this universe that can’t be altered, No one has control over it for it keeps pushing forward no matter what. Understandably, working twelve hours a day I can easily inventory my day but in 2018 I am learning to be creative with MY time. It is now that I have learned that being unapologetic of my mishaps, unapologetic for chances I take and being relentless in my efforts to try things that once made me uncomfortable all while being a responsible doting mother shows my maturity level. It fertilizes my manifest destiny as I know not where the road leads but I remain on a path that seems refreshing and ethical. In my current stance on life I take nothing for granted with lost and opportunities that slipped through my fingers. I’ve learned second chances are an attempt to redeem the soul as the universe now see me fit to take on new adventures because of my mindset. As a woman with limited access and resources I try my best to work toward things of incredible value knowing full well I have individuals dependent on me, and that my legacy towards them will be far greater than a memory that will fade over time. In 2018 I’ve learned that circumstantial evidence is just that circumstantial. Overnight we have become accustomed to failure under a government who deemed people like me a burden on society because my mother came here to this country for a piece of the American pie. Then again, with time this too shall pass. Not quickly enough though, personally the last two years under the leadership of this Political regime has being a drag, a total blow to the humanitarian efforts of what this great country once stood for. Again, with time we will Immerge from this state of mind blowing dissension.

I now declare 2019 as a year of hopeful opportunities. A year filled with optimism and celebratory moments of struggles that once confined me. I hope to carry with me in the year Two thousand and nineteen Love, an dying love for myself, children and those who have helped to uplift me I n times of hysteria. potentially I have the wherewithal to be a woman of substance. Granted, I have an ample amount of time to be able to understand how people differ. That it takes some people more time than others to reach a particular level of comfort. We don’t all get “it” on the first try, or the second try there is enough time for us to try and try again if the satisfaction quota was not met in the first couple attempts. We eventually arrive at a point of comfort despite our efforts.

I have entertained countless amount of false hopes, stiff promises, And neglectful thought over the course of the year. I am claiming joy in 2019, so much so I am starting to feel it in my bones. My transgressions have being a long time coming and so I claim them wholeheartedly. Time is now moving at warp speed, right before my eyes and as such I turn a blind eye to careless thoughts, juvenile behavior, and unsolicited anger for they will and always be a distraction to me. It is with great honor that I be of infinite joy and endure bountiful blessings in the coming new year and years to follow. Good health and wealth seems to be the trending prayer of all New Years prayer. Speaking for my self I wish for health and strength through out the year, not only for a particular season. Wealth is defined by those who are well off in monetary form. I just wand wealth in the form of happiness.

📸 courtesy of my iPhone: my progressive approach to 2019.

So many excuses, so little time in a day, and not enough ears to whisper my tales. Instead! I will write until someone understands my point of view. If you invite me to your party and I​ attend willfully know you are a friend and I fancy you. View all posts by 4siblingsandalady

1 thought on “A Defining Year of The Past, Present and What’s to come.”